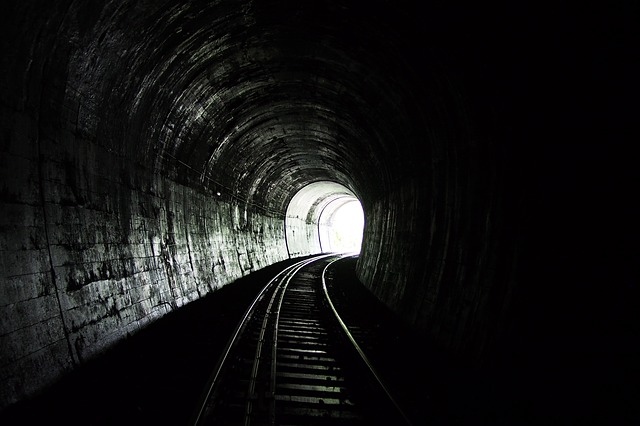 I stumbled upon a new idea this week and it really resonated with me. I heard a recovering alcoholic say that his mental disease had brought him so low that he was given the “gift of desperation”. He said that only when he reached this bottom was he able to completely let go of his need to drink and to turn his life around.

I feel like the gift of desperation is sometimes needed in finances, as well. You have to feel a pinch, some kind of pain before you will do the hard work of changing your behavior. If it just feels great to go deeper and deeper into debt, and you are able to buy whatever you desire with no consequences, everyone would always continue to do so. But sometimes, there is a moment where you look around and feel buried by the mountain of debt. You feel chained with no choices, and you decide to change something about the way you spend your money.

I remember the exact moment I received the gift of desperation. I had a student loan, a car loan, and a credit card balance. I had a mortgage on a fixer-upper, and a job I hated. My car needed new tires and my tooth had a cavity that needed filled. We were making ends meet, but barely. I thought we were fine – it’s like not we had creditors hounding us. We were skating by with minimum payments on everything and no savings. We had just replaced all the windows in the house with a 12-months same-as-cash loan.

And then, I received a statement in the mail from the window company. I began reading the statement and it said that no payment was due – YET. But it also said that if we were not able to pay the full balance – over $7,000 – by the time the 12 months was up, that the bank would retroactively charge us an insane amount of interest, backdated all the way to the day we bought the windows. The kicker? Nine months had already passed and we had made zero payments. I freaked out. It was a “come to Jesus” moment – there were a lot of tears.

You see, I didn’t know the rules of the game I was playing. And in my fear, I couldn’t see any way that we would be able to make all our minimum debt payments and also pay the balance of this purchase in full in the next three months. I broke down. I got desperate. I began searching for a better way. I talked to my husband. I got some books at the library. I pulled out a calculator. I began looking at our spending, trying to find the things that we could cut to make this work. We spent about $100 on a money class that we took together. We started writing down a plan for spending. We argued about what was important. We got serious. We had a garage sale. We cut a lot of other things out. It was really hard, and it was worth it.

After a long road on the debt payoff journey, we reached the end. We celebrated – it felt great. And then, we coasted for a bit. We bought a few big ticket items that we had put off – new flooring for the house, a new(er) car, a better computer. We got a bit lazy and didn’t really have any goals besides our regular savings. But then… I began feeling a new type of desperation. I had switched jobs, but this one wasn’t much better. It was still a small cubicle, in which I was held captive all day, and had to report for pointless meetings and fill out meaningless self-assessments. I was feeling hopeless, staring down 30+ more years of working under clueless managers and feeling chained to a life of corporate drudgery. Even the “perks” felt completely arbitrary. A bigger cubicle? A fancier title? A window in my prison? I began searching for a better way.

That’s when I stumbled upon the FIRE movement. I began to see a light at the end of the tunnel, finding a different way forward, outside the regular forty year corporate career path. Giving up the little things that don’t matter for a life of freedom in early retirement became the goal. And that’s the journey we’re on now. We’re totally debt-free and living frugally to squirrel away as much money as possible, to afford an extremely early retirement.

***I do want to include a small caveat that I am not talking about depression. I don’t see any gifts in depression and most times it does not stir you into taking action; in fact it may do just the opposite. Desperation is not depression.

Have you ever been given the gift of desperation?